All of the staff team at Church Doctor Ministries serve in ministry as a calling to help the local church. We view ourselves as missionaries sent to help the local church become more effective. Just as missionaries raise support for their ministry efforts, the Church Doctor team raises support for their service in ministry. This helps us keep our fees lower. Please prayerfully consider supporting one of our team members by clicking the link at the end of their bio. God bless you!

Jason Atkinson joined the Church Doctor Ministries team in October 2005 and serves as the Consultation Team Coordinator and Ministry Leadership Support . A few of his roles are coordinating ministry consultations and coaching services, survey scoring, data analysis, and videography. Prior to serving with Church Doctor Ministries, Jason graduated from Huntington University with a B.A. in Mass Communication.

In his spare time, he is an active member and serves on a worship team at his church, St. Joseph UMC, in Fort Wayne, Indiana. In addition to that, he enjoys reading legal thrillers, hiking, traveling, and enjoys spending time with his family. Jason has been married to his wife Laura since 2004 and they have two daughters. Email Jason – jasonatkinson@churchdoctor.org

Donate to support the ministry work of Jason. 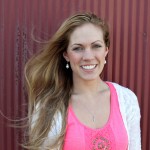 Mackenzie “Kenzie” Ritchie joined Church Doctor Ministries in February 2014 and serves as the Leader for SEND North America and Special Projects Team Leader. She received her B.A. in Arts Management from Adrian College, and served as Director of Music and Student Ministries in Traverse City, Michigan. Kenzie has held several positions in marketing, sales, and customer service.

Donate to support the ministry work of Kenzie. 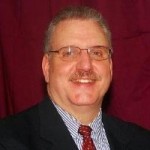 John Wargowsky serves as the Marketing Team Leader for Church Doctor Ministries and lives in Marion, Ohio. He recently completed five years as lay leader of communication efforts with the Delaware City Vineyard church plant and serves in Prison Outreach Ministries that goes into Ohio prisons.

He has called square dances and led line, round, folk and novelty dances for 35 years. He was born and reared on the family farm in north central Ohio with 30 years of experience in agricultural associations. Email John – johnwargowsky@churchdoctor.org

Donate to support the ministry work of John. 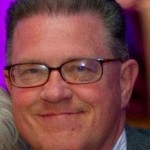 Rev. Dennis Kutzner was a pastor for twelve years before becoming the Executive Secretary of Calvary Ministries International in 1982 – 2012 and now heads up the Global Church Connection. Dennis is certified in Risk Management for Churches and Schools by Cambridge University and serves as the Risk Management Specialist with Church Doctor Ministries. His ministerial experience enables him to easily relate and be a blessing as he works extensively with churches and ministers, often assisting each during the candidature process. Dennis is called upon to minister in numerous churches across the nation each year. Email Dennis – denniskutzner@churchdoctor.org

Donate to support the ministry work of Dennis. 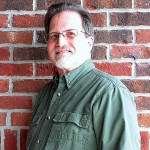 David M. Beare joined Church Doctor Ministries in December 2014 as the Ministry Operations Manager. He comes to us from Trinity Church United Methodist in Kendallville, IN where he was Discipleship Coordinator and Business Manager. After graduating from General Motors Institute (now Kettering University) with a Bachelor’s Degree in Mechanical Engineering, Dave held several Engineering posts until being transferred to Detroit as the original Wiring Engineer for Saturn cars.  Later, he was named Engineering Group Manager for GM’s Small Car Group and then North American Automotive Sales Manager for Delphi Connections System after Delphi was spun off from GM. His final position before retiring from Delphi in 2008 (after 38 years) was the Wiring Program Manager for Toyota. He then went to work at his Church in Clarkston, MI as unpaid staff coordinating their “Growth Groups” Ministry.  As he puts it: “You can retire from your day job, but I believe we are called to do God’s work until He takes us home.”

Upon moving to Kendallville in 2010 with his wife Rhonda, Dave was soon working at Trinity Church as their Financial Secretary.  He has also served on the Board of Directors at Life and Family Services, a Christian based, pregnancy center in Kendallville.

Dave describes himself as a “numbers guy” and has taught both Crown Financial Study and Dave Ramsey’s Financial Peace University at various Churches and Chain O’ Lakes Correctional Facility.  Dave is also a Certified Counselor through Dave Ramsey and enjoys helping people get out of debt and provide hope using biblical principles. Rhonda and Dave have 3 grown children but no grandchildren yet!  Dave enjoys camping, boating, fishing, snow shoeing, and researching his genealogy in his spare time. Email David – davidbeare@churchdoctor.org

Donate to support the ministry work of Dave. 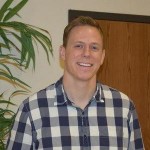 Jonathan Hunter joined the Church Doctor Ministry staff in November 2015 as SEND North America’s Mission and Discipleship Coordinator. Jon and his wife, Esther, most recently served as missionaries to Malaysia serving as teachers in an international school and assisting with a church plant in Kuala Lumpur. Jon and Esther previously served in ministry in England. Email Jon – jonhunter@churchdoctor.org – Printer-friendly Bio

Donate to support the ministry work of  Jon.