The Beginning of the End?: A Christian Mission Specialist Looks at the Supreme Court Decision on Same-Sex Marriage. 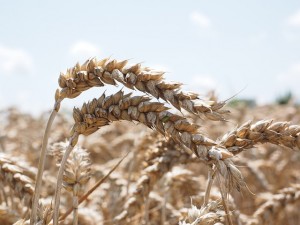 On June 26, 2015, the Supreme Court ruled in a split decision to legalize same-sex marriage. Regardless of your opinion on the issue, it is a known fact that many Evangelical Christians feel, in their perception that this is a negative element in the downward spiral of the moral fiber of the nation.

For these Evangelical Christians, and for many secular, non-Christians, as well as Muslims living in the U.S., this is perceived as “the beginning of the end.”

From the perspective of spiritual cycles, if you learn from other nations, like England and Canada, for many believers and nonbelievers, the legalization of same-sex marriage is a defining moment. It serves, for many, as a shock and a wakeup call. This perspective, for large numbers of people, leverages a new level of receptivity for nonbelievers and lapsed Christians. It also provides renewed energy for outreach and mission for many believers. This legal event in other countries has been a signal in history which is not the beginning of the end, but the end of a beginning – a renewal toward revival, and an awakening in many churches followed by a revival in the land. Many churches, come alive, at a whole new level of mission. Like every awakening, there will be many other churches who will sleep right through it. This has been coming for a long time. The Supreme Court ruling will cause many to “draw a line in the sand” of what they perceive to be a “deterioration of civilization as we know it.”

Any church that prepares for harvest will reap the benefits. The preparation will take a couple of focused years, most often without side guidance. The “season of receptivity” for harvest could last for the next 20 years. We will see many churches grow dramatically, while many others decline and close.

This new normal will more dramatically redefine Christian congregations. Those who are committed to growing, reaching out, will grow more rapidly. Those who are not inclined to grow will decline more quickly. The one key difference will be whether they seek help the strategic (the “how-to”) elements of reaching out effectively to those in a secular nation.

We have studied this same issue in England for the last 14 years. We have been predicting this same event for the last ten years. We expect some of the same elements of rapid Christian growth as we have seen them in the UK. This season of growth will likely include a large in-gathering of millennials. They will supply much of the energy to rekindle their elders and reach their communities. Those churches that will reach the harvest will have to learn mission tactics first. This is very doable for most churches. As usual, the key issue will be, for each congregation, “do we have the will to learn, to change, to become mission effective?”