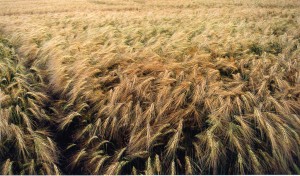 Sometimes the seeds for leadership disasters are sown at the very beginning of a leader’s tenure. (The following names and places are changed).

Rev. Jack, in the market for a new church, found a new pastoring opportunity. Although the church had grown over the last few years, it was now seeing decline in attendance and finances as the year-long pastoral search process took its toll. People were becoming fearful about the future.

During the week-long interviewing process, people spoke to Jack about the previous pastor, characterizing him as a “program guy” and someone who started a lot things in the church but “always seemed to be asking people to become more and more involved.” The congregation was tired. They wanted someone who would focus on Sunday sermons, visit the sick and administer the sacraments. They especially wanted a strong preacher.

This was music to Jack because he strongly believed in the “primacy of the pulpit,” the idea that preaching is the defining function of the pastor and the center of church ministry. He told the church he understood the problem, laid out his plan on how to fix it, and the church hired him and heaved a collective sigh of relief.

Jack made several mistakes in this scenario.

Ephesians 4.11-13 was a good preaching text, not something around which to organize church ministry. The gifting of God’s people and the development of a discipleship culture were not even on his radar screen. His idea of “equipping people for ministry” was to tell them what they needed to do.

Jack saw himself as the “hero,” riding in to save the day. He would save the church by  preaching really well and the church would grow. Jack believed that church ministry revolved around preaching, which fit well into his “heroic” notions about leadership. For Jack, leadership was about the leader getting others to do what he thought best.

What he communicated was, “Hire me and your problem will be solved.” He stole responsibility from the people to do the work necessary for real change. He did not realize that lasting solutions must be crafted by leaders and followers together.

Jack left the church 18 months later, complaining about the “spectator mentality” of the congregation.

What was sown, was reaped.