Pioneering Thought: The Dead Man Who Influenced America’s Civil War Was Not an American 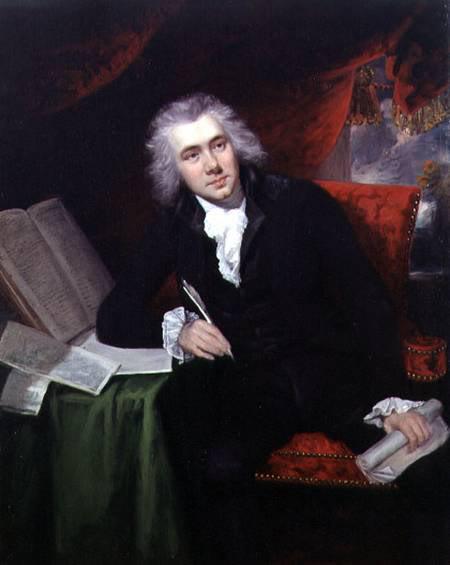 The LORD’S word came to me: Before I created you in the womb I knew you; before you were born I set you apart; I made you a prophet to the nations. Jeremiah 1:4,5 Common English Bible 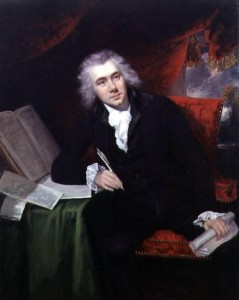 Determined to seek ordination after his conversion, William Wilberforce would willingly give up his Member of Parliament status to do so.

At age 26 Wilberforce experienced what he called, a “Great Change”. His conversion through Methodism caused his mother some concern. As a young boy he was familiar with the slave ship captain turned Anglican Priest John Newton. He sought out his old pastor to discuss his mixed feelings and the old ex-sea dog did not agree with the assessment that ministry was the chosen profession, rather, he should stay where he was, in Parliament, saying, “God would use him there.”

Most others would in the pastor’s position have encouraged the born-again politician to  vocationally preach the Gospel, but not the famous author of “Amazing Grace How Sweet the Sound”. And for the sake of humanity it was good that he did not!

Remaining in the political arena for the next 48 years, until his death, William Wilberforce dedicated his life to ending slavery in the British Empire. 1807 saw the passage of the Slave Trade Act, which abolished the slave trade in the British Empire, specifically the Atlantic slave trade, but did not abolish slavery itself. 26 years later in 1833 Parliament passed the Slavery Abolition Act, one month after the death of the great abolitionist MP, ending slavery in the Empire, 30 years prior to Lincoln’s Emancipation Proclamation. On the day of his death, Wilberforce learned of the government’s concessions that guaranteed the passage of the Act.

What if England had sided with the Confederacy during the American Civil War is a question that is regularly debated yet today. Many would agree the war’s outcome may have certainly been different. With, however, the issuance of the Emancipation Proclamation, January 1, 1863, as a war measure, Lincoln assured England’s passive action. Though the British need for southern cotton was strong propulsion, to enter the war on the side of the states struggling to become a nation whose very constitution stated its existence was to perpetuate the “inhumane institution,” would have been international political suicide. Besides, even the majority of the textile workers in England who were out of jobs due to the northern embargo of the southern shipping of cotton were in favor of abolishing slavery in the southern United States.

The assurance that a slave-free England would not aid the Confederacy against the United States, which had issued a proclamation emancipating slaves in the rebellious states, was possible because of one man who dedicated his life serving Jesus Christ in English politics. On his grave marker next to his friend, Prime Minister William Pitt the younger in Westminster Abbey are these words, “Through the merits of JESUS CHRIST, his only Redeemer and Saviour, (whom, in his life and writings he had desired to glorify,) he shall rise in the resurrection of the just.”

Prayer: Lord, you have a destiny for me and it is my special prayer I will early discover and accept that lot living the remainder of my life completing my task, providentially being used to change the world.

Pioneering Thought: Destined pioneers focus on their task with laser precision wavering not though time elapses and the struggle hard assigns enormous pressure, until their contest is ended.      -Dennis L. Kutzner