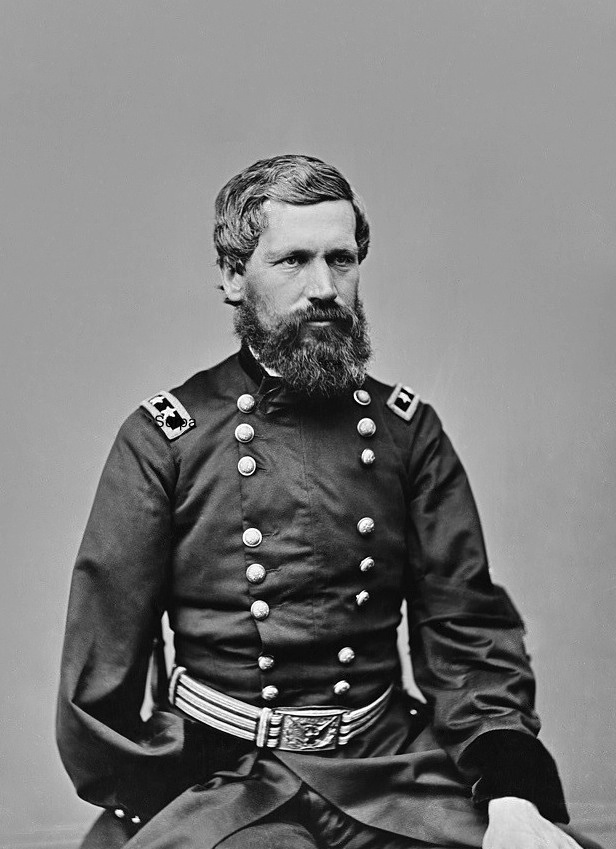 For I live in eager expectation and hope that I will never do anything that causes me shame, but that I will always be bold for Christ, as I have been in the past, and that my life will always honor Christ, whether I live or I die. For to me, living is for Christ, and dying is even better. Philippians 1:20, 21 New Living Translation 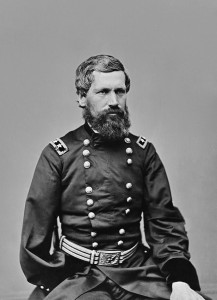 Oliver Otis Howard was born at Leeds, Maine on November 3, 1830. Losing his father at age nine, he eventually attended Bowdoin College graduating in 1850. He decided to pursue a military career and sought an appointment to the US Military Academy. Entering West Point that year, he proved a superior student and graduated fourth in a class of forty-six in 1854. Among his classmates were J.E.B. Stuart and Dorsey Pender. Commissioned as a second lieutenant, Howard moved through a series of ordnance assignments including time at Watervliet and Kennebec Arsenals. Marrying Elizabeth Waite in 1855, he received orders to take part in a campaign against the Seminoles in Florida two years later.

While in Florida Howard was gloriously converted to Christ through reading Christian literature and attending a powerful Methodist Church revival. He was invited to become an instructor at West Point that same summer and in September 1857 reported for duty to teach mathematics. At the time he was a licensed Exhorter in the Methodist Episcopal Church South. Howard was a diligent teacher, and pressed his conversion widely and made himself an informal chaplain at the Academy. He conducted Sunday school class and regular prayer meetings and actively campaigned for the conversion of the cadets who attended. The sobriquet, the Christian General, was given him partly due to his consistent promotion of his Christian faith.

He contemplated entering the ministry but the beginning of the Civil War removed that meditation and Howard entered active service. At the battle of Seven Pines, May 31, 1862, Howard lost his right arm and received the Medal of Honor for the action that necessitated the amputation.

Being speedily promoted he found himself the 11th Corps commander at the battle of Gettysburg. Among the first to arrive on the field he quickly saw the value of Cemetery Hill as a fall back should the 1st and 11th Corps be pushed from their Western and Northern positions July 1, 1863. His quick decision preserved the high ground for the Union Army.

In May, 1865, President Johnson appointed Howard the first Director of the Freedman’s Bureau. Charged with integrating freed slaves into society, he implemented a wide array of social programs including education, medical care, and food distribution. During this time he helped found Howard University which was instituted originally to train African American Clergy.

PRAYER: May I, Lord, always stand ready to be your witness, to share my faith and Christian testimony with any man regardless of his condition and use my ability to successfully convert souls with the Gospel of Christ.

PIONEERING THOUGHT: Godly pioneers are devoted to the task of paving a way that leads to the freedom of all men through education and hard work expanding the intellect that opens the soul to eternal connections. – Dennis L. Kutzner