Pioneering Thought … God, not Man, Is the Believer’s Source 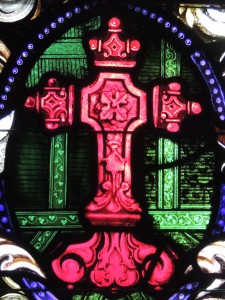 And my God will meet all your rious riches in Christ Jesus. Phil 4:19 NIV

In addition to providing religious services for troops, Civil War chaplains were often present on the battlefield succoring the wounded and dying. Baptists, Roman Catholics, Episcopalians, and Methodists clerics dominated both Northern and Southern Armies. One Union Army chaplain, Methodist Andrew Jackson Eldred (A. J.), found himself with Grant’s Army at Shiloh, in April, 1862.

Eldred assisted in raising the 12th Michigan Volunteers from the Niles area. He took an active part in the Battle of Shiloh, putting himself in great personal danger, and would have received recognition for his action, but for the cowardly conduct of a superior.

Eldred was first licensed to preach in 1844, becoming a circuit rider the following year in the Kalmazoo district. He was known throughout Michigan as a great orator when only 16 and commissioned with an Exhorter License.

Chaplain Eldred left the regiment in 1864 and returned to Michigan. He was appointed to the Methodist-Episcopal Church in Albion. Men were esteemed as much for their loyalty to the Union as for their religious persuasion during the war years. Church laity, knowing Eldred was a Democrat, believed he had left his regiment because he endorsed the Democratic peace platform of giving the South their wish to be independent. They sent word to the Bishop they would not pay Eldred if he came to Albion.

Eldred accepted the appointment informing the Bishop God was his source not the Albion church. True to their word, the church did not pay him a salary and many left in protest. When asked his politics, he replied, “I am an ambassador of the Lord Jesus Christ, and I am here on His business.” He set about repairing the building and preaching the gospel with power. Soon, converts filled the church with many prominent businessmen coming to Christ. Church records reflect Eldred’s pastorate saw the greatest revival in the church’s history through 1913.

The church not only paid his back wages, but doubled the customary salary. Church benevolence multiplied two times over the year and the church rose in prestige to an all time high with the moral life of the community thoroughly aroused.

Preachers made a difference on both sides of the Mason-Dixon line providing Christian ministry to all American soldiers. Revivals among the various Armies have been thoroughly documented. In the years from 1862-65 in Lee’s Army of Northern Virginia, some 15,000 men were swept into the Kingdom. One account estimates there were over 150,000 converts in all the Confederate Armies! Men, called of God to the preaching of the gospel, were a Divine Connection to America’s bloodstained past.

Lord, cause me to trust your word that whatever my needs you will supply, sustain, and refresh my soul, moving me ever forward to accomplish the destiny you have purposed for my life!

Innovators, who trust God, do not get bogged down by anxious thoughts for daily needs but simply do what they are commanded leaving the requisition of supply to the quartermaster general of their souls.