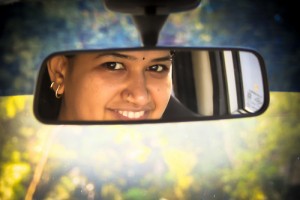 Do you know someone who is a missionary? Actually, you do – if you are a Christian. The missionary you know may be closer than you think. Look into a mirror.

Why don’t Christians think of themselves as missionaries? Why do we have the idea that a missionary is someone who goes far away, to some distant and strange place? Where did that come from?

Many of the original European settlers to the new world were Christians. At some point in history, Americans began to think this is a “Christian” nation. We put “In God We Trust” on the money, put our hand on the Bible to “swear to tell the truth” in court, and church buildings dotted the landscape.

With the worldview of a “Christian nation,” we drifted into the idea that the mission field is “over there.” Christians raise money to support missionaries in far-away places. That became “missions.”

Those who are called to the “mission field” (the one far away) are sent to special mission schools after graduation from Bible college or seminary. This began the downturn of the Christian movement in the U.S. Christianity has been losing ground ever since. In the 1960s, Billy Graham became well known. He started schools of evangelism. Evangelism programs became popular and Bible colleges and seminaries began offering one or two courses in evangelism or church growth. Most evangelism programs worked best for reclaiming lapsed Christians. However, they didn’t reach the growing masses of those who were non-Christians.

My first placement in ministry was to a declining inner-city church in Detroit. Most of those living around the church were not practicing Christians. We vigorously used evangelism programs, with limited success. In frustration, I took mission classes. I learned mission strategy, brought it back to my church and we began to grow.

I have worked with pastors in over 70 denominations. Most pastors are not getting training in missions. I often wonder how much more their churches would impact their communities if these pastors had training in mission strategy.

Since 1970, the U.S.A. has become the third largest mission field in the world. There are only two other countries with more people who would say, “I am not a Christian”: China and India.

The secularization of America continues. However, there is hope on the horizon. When things are at their worst, Christians are at their best. God has the attention of many Christians. Mission teaching for everyday Christians will become available to every church. I predict a turnaround for Christianity over the next ten years. As you consider your social network, to whom has Jesus sent you, as a missionary? We welcome your comments below.