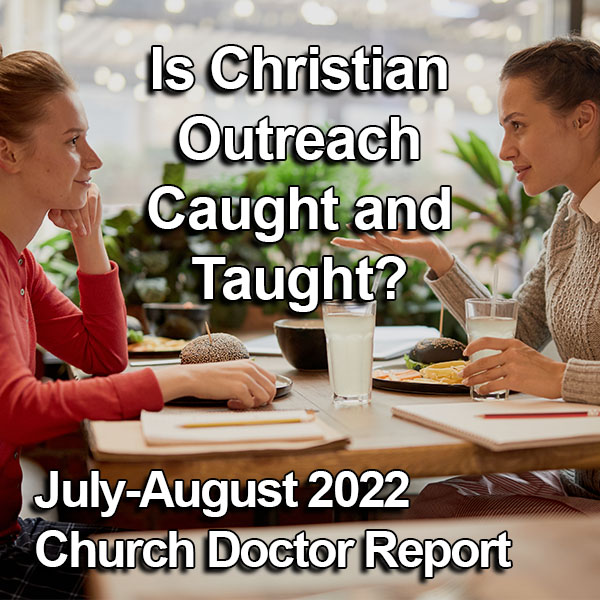 For example, as I entered high school, I had no thought about going to college. Neither my grandparents nor my parents went to college. However, my parents had a different vision. They had hope that I would study for an advanced degree. They didn’t focus on what, but who I would become. They wanted me to achieve beyond their educational experience.

The first surprise I learned from my guidance counselor was the need to study a second language. I couldn’t see any value in that. It was actually a foreign concept—in more than one sense. So I picked Spanish. Why? It was the easiest choice to learn!

By midway through my senior year, God broke through my lapsed faith, and I shocked everyone by declaring my call to ministry. I had no clue what I was getting into. At the (Lutheran) junior college, I had to take Latin, German, and Ancient Greek. I understand the Greek—for the New Testament, but I had no interest in being a missionary to Germany. Further, who speaks Latin? Then, in senior college, I had to take ancient Hebrew, a language that reads right to left.

When I went to graduate school for my Ph.D., I had to qualify in two languages. I had no choice for the first one: It had to be fluency in Ancient Greek. For the second language, I picked Spanish.

During my eleven and a half years of education after high school, it became clear. Some of what you learn is taught. However, much of it is caught. The two years of “hands-on ministry” in churches (one in Australia while I attended seminary there and the other in Florida) were great.

Read or listen to the entire Church Doctor Report by completing the form below.