Brothers, I do not consider myself yet to have taken hold of it. But one thing I do: Forgetting what is behind and straining toward what is ahead, I press on toward the goal to win the prize for which God has called me heavenward in Christ Jesus.

The train departed Gettysburg July 14 carrying 500 wounded, which included Captain Frederick W. Stowe, Harriet Beecher Stowe’s son, who had been gravely wounded during the cannonade July 3rd, by shrapnel on Cemetery Hill. Stowe’s mother received a letter from her son’s regimental chaplain, dated July 11: “Among the thousands of wounded and dying men on this war-scarred field, I have just met with your son, Captain Stowe. If you have not already heard from him, it may cheer your heart to know that he is in the hands of good, kind friends. He was struck by a fragment of a shell, which entered his right ear. He is quiet and cheerful, longs to see some member of his family, and is, above all, anxious that they should hear from him as soon as possible. I assured him I would write at once, and though I am wearied by a week’s labor here among scenes of terrible suffering, I know that, to a mother’s anxious heart, even a hasty scrawl about her boy will be more than welcome.  May God bless and sustain you in this troubled time.”

Capt. Stowe would be transferred to a military hospital in New York, where his parents would visit. In the fall of 1863 he would be discharged honorably due to his being unfit for further action. The shell fragment had been successfully removed, but still he suffered blinding headaches. Mrs. Stowe noticed that his conduct, at times, was inexplicably erratic.

Eventually, he’d go to Boston to study medicine under Dr. Oliver Wendell Holmes, but to everyone’s dismay, he was drinking excessively and the word got out.

Frederick was mortified. For years he lived in fear he’d be called a coward, but his deeds of valor in the war proved him wrong, and now, he was utterly despondent realizing the son of Harriet Beecher Stowe was a confirmed drunkard!

Little was known during the 19th century of how to cure alcoholism. While in Florida still fighting his drinking problem, his parents encouraged him to take some time on the sea, hoping the sea air would help him. He journeyed to San Francisco to take passage across the Pacific, but disappeared without a trace. He was never found. Whatever happened to Frederick Stowe, no clues were ever uncovered! Harriet’s gray hair turned white overnight. Her famous brother, Henry Ward Beecher believed this event, more than anything else, turned his sister in the direction of old age.

America is in, what church historians label, the ‘post-modern Christian era.’ Christianity is on the decline and it is no longer “in” to be Christian. Some have become despondent over this announcement and cry that the church has lost its place in society, unlike the church of the 18th and 19th centuries. Interesting? When Christianity had a strong place in our society, we had a Civil War! When our nation was considered Christian, denominations split, North and South, over the ungodly system of human slavery! To even think America, which had been founded on religious freedom, would permit the ‘peculiar institution’ of slavery to be kept intact at the signing of the Constitution is unfathomable for a Christian nation!

People are as hungry for God today, though they do not know only God can satisfy such appetite, as they were during the antebellum years! The church must adapt to the current culture and not present a watered-down gospel, but a vibrant, relevant, and purely redemptive good news message. As God intervened in America’s bloody past to bring a new birth of freedom, let us pray He breaks upon America once more with a new birth of commitment to moral and holy living that longs for and seeks out His presence!

O Lord, when adversity, struggle, difficulty, and conflict enter my world cause me to face forward and press in and toward the calling you’ve placed in my life and cut a plain path for others to follow. 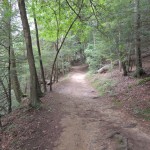 Pioneers will face adversity and, moving forward, will cut a path through any wilderness making it possible for others to more easily follow.

The Unfortunate of War

They lay upon the field at night
Moaning and groaning until the light;
Then seething under a scorching sun
They all died off, one by one.
No one cared for these dying men
Who cried for help, again and again!
They were left to die terribly alone
While memories faded to far away homes.
O for a taste of cool water
A chance again to see a daughter,
A father, a son, mother, or wife,
Soon would all end with the passing of life!
Comrades gone forward to attack the lines
Were held tenaciously time after time
Still they’d die alone on the field
As quietly for them the death bell pealed.
Nay, do not forget such sacrifice borne
By citizen-soldiers in a nation torn,
By hatred and strife and Civil War,
Whose anguish brought peace and union once more.