God Uses Adversity to Develop Not Destroy Us, A Pioneering Thought 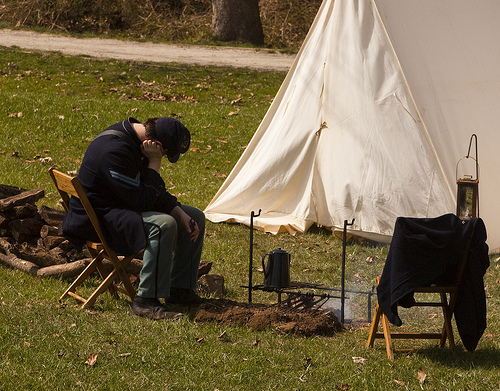 Introducing a new monthly post from our Risk Management Specialist, Dennis Kutzner. Each month Dennis shares with the CDM staff team a “pioneering thought.” We’ve discovered Dennis has some great things to share so we’ll be sharing them beyond our team – with you, our online team!

I have been put to death with Christ on his cross, so that it is no longer I who live, but it is Christ who lives in me. Galatians 2:19-20 Good News Translation

I am a Civil War buff and often stop along the highway to wander through old cemeteries looking for the distinctive Civil War grave marker. I keep a book with the names of these Americans, North and South, with the companies and regiments each served.

During one such excursion, I stumbled across the grave of a Confederate chaplain in Washington, Georgia. As I began writing the name in my book, I gasped: Edward McKendree Bounds. 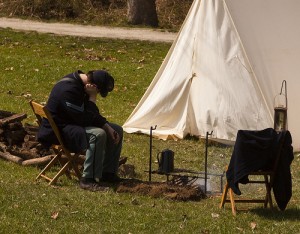 Yes, the E. M. Bounds whose books on prayer have meant so much to so many Christians. His life of simple, Christ-filled dedication to the ministry of prayer was an example to many men and women of God. He wrote, “Life-giving preaching costs the preacher much – death to self, crucifixion to the world, the travail of his own soul. Only crucified preaching can give life. Crucified preaching can come only from a crucified man.”

Twice Bounds was imprisoned: once for being a Confederate sympathizer prior to becoming a chaplain and again after being captured in the battle of Franklin, Tennessee. Hard times. His wife died after eight years of marriage. He remarried and lost two children. More hard times. Such adversity played a significant role in shaping his character. More than that, though, his trusting attitude toward a loving God helped shape a servant heart.

May we not shrink from our duty as Christian soldiers to remain faithful in spite of adversity. May we permit trial and the test to crucify our lives so that we can preach life to the life-seeking masses and demonstrate a true servant’s heart toward those we are called to serve.

Groundbreaking leaders after thoroughly considering the cost to themselves, sell out to God, moving forward with dauntless pertinacity.