Do You Believe in the Miraculous? 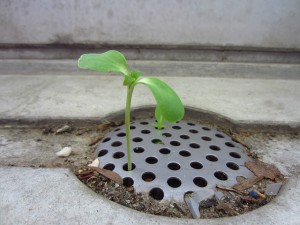 What do you think about miracles?

How do you understand the activities of evil people? Are they all psychologically or mentally challenged? Are some driven by evil spirits? Do you think that Christians, today, are ever involved in ministries of deliverance? Do you ever pray the Lord’s Prayer? What does it mean when you pray, “Lead us not into temptation, but deliver us from evil”? Is that a plea that God would keep you from committing a sin or a request that God deliver you from the presence from an evil force? Or is it both?

Most Christians know Jesus healed people. The Apostles were used by God to heal people. Believers understand Jesus cast out demons and the Apostles delivered people from evil spirits. Some Christians believe the Bible, but also believe that “weird stuff” stopped at the end of the first or second century.

In my work, I have trained many pastors and consulted hundreds of churches. This is what I often hear: “The God of the Bible is the God of today. Anything that occurred in the Bible can and does occur today.” Is that what you believe?

In the New Testament, the church grew rapidly, “Every day the Lord added to their group those who were being saved,” (Acts 2: 47). “Many miracles and wonders were being done through the apostles and everyone was filled with awe,” (Acts 2:43).

This is what I have observed: where God is causing the Christian movement to grow rapidly, there is involvement in the miraculous (as an act of God, beyond scientific laws). This is not the cause of revival. But it appears to be a characteristic of a move of God. What do you think? We welcome your comments below.