Disciple a Few, Reach the Masses 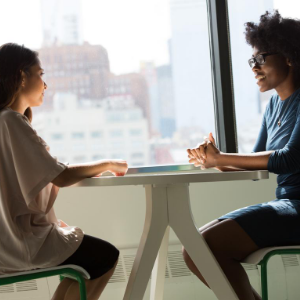 I just got back from the most exciting class I have ever taken at seminary. The class was on church planting through Indiana Wesleyan Seminary. On our first day, we listened to church planter/author John Wiest talk about discipling the few to reach the masses. He actually encouraged us to disciple, not to plant, churches. Funny thing for a church planter to say, to be honest. But, thinking about it, he is right. In his book Banding Together he says, “If you make disciples, you will always have a church, but if you plant a church, you may not always make disciples. Disciple making is the critical engine for multiplication.” 1

Making disciples is the ordinance Jesus gave in Matthew 28 to His disciples, and discipleship is the pattern the early church in Acts followed. Discipleship happens through apprenticeship and deep relationships. Each disciple in Acts multiplied the ministry and mission of Jesus as they were filled with the Holy Spirit and were sent to be His witnesses. They went and did the things that Jesus would have done.

The problem is that in today’s church, we have stopped following the pattern of discipleship.

In the church, we spend most of the time trying to disciple a crowd on a Sunday morning, which is impossible. Pastors might even spend the majority of their time in the week preparing for Sunday mornings, which last an hour. Now, Jesus loved the crowds. He had compassion on them. He healed and taught them, but it wasn’t His main focus.

Jesus only had three years to save the world, yet spent the majority of His time with twelve disciples. Most of us would not pick this strategy. His focus was with the few. Even within the twelve disciples, Jesus spent even more time with Peter, James, and John than the rest of the disciples. These three had even more access to Jesus. Now, what did all of the disciples do after the resurrection? John Wiest from our lecture pointed out that Judas betrayed Jesus, Thomas doubted, and we don’t really know what Bartholomew did. But Peter, James, and John: We all know what they did.2

It is actually through a smaller amount of relationships that we get quality disciples. When we disciple only a few, we have a deeper bond with them, and we get to pour ourselves and everything we have into these few. John Wesley used a similar strategy in his Methodist movement. He had small groups called bands. That method seemed to turn out pretty well, last time I checked.

What if we stopped being so busy and slowed down with a few people? What if we ate multiple times per week with our disciples? Read the Bible together and confessed sin together? What if we poured our time, talents, and treasures toward empowering these people to become leaders in the Kingdom?

If you want to see the masses reached in your neighborhood, I would suggest investing in only a few. Spend less time with crowds and more time training, equipping, and sending the few. It’s through the multiplication of disciples that we will be able to reach the world with the good news.

Check out John Wiest’s book Banding Together. It’s a great guide to get you leading discipleship groups that can lead to discipleship multiplication.