A Sense of Urgency 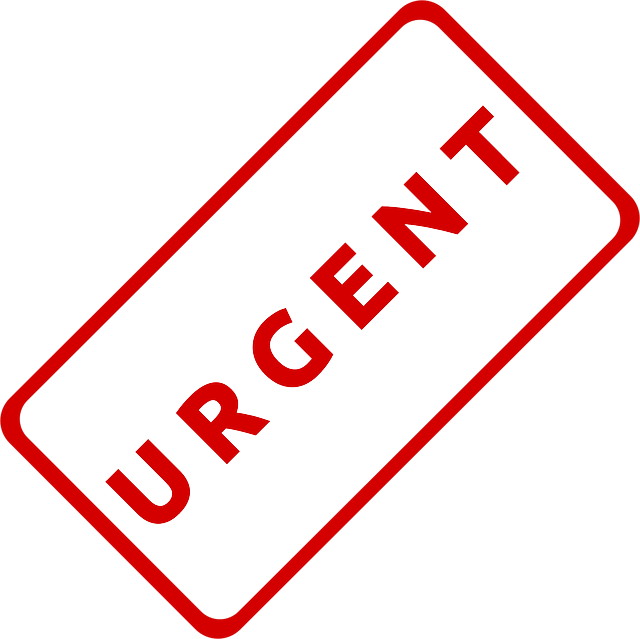 My friend Tom Parrish tells a great story in his book, Stepping Into Eternity: 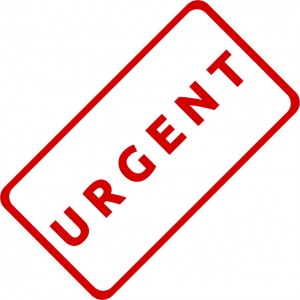 There is the story of Satan meeting with two troubled demons.  It seems that these two demons had been successful in keeping a certain man from becoming a Christian.  Every time this man would hear a sermon, the demons would either fill him with criticism or distract him.  When the Holy Spirit would bring the man under conviction about his language or an unhealthy attitude, the demons would quickly convince him that he had a right to think that way or that the other person made him speak those harsh words.

The day came, however, when the man was seriously considering the claims of Jesus.  The demons were getting nervous that this man just might make a commitment to Jesus as his Lord and Savior.  The demons consulted Satan as to what they ought to do.

As the trio mused over the problem and potential solutions, one of the demons brightened up and said, “I’ve got it, we’ll just convince this man that there is no heaven, no reward for following Jesus!”  Satan thought about it and said, “No, that won’t work.  He may just become a Christian anyway out of love for Jesus.”  The three went back to thinking about the problem.  The second demon brightened and said, “Then let’s convince him that there is no hell, no punishment for refusing to become a Christian.”  Again Satan contemplated the idea and then said, “No, I don’t like that idea either.  Serving Jesus may be enough for him at that point.  We need to come up with some full-proof idea.”  As they continued to wrestle with the problem, Satan suddenly began to grin from ear to ear.  “I’ve got it,” he said.  “Let’s just convince him that he’s got plenty of time” (pages 59-60).

There are two major reasons this is an urgent matter for most Christians and their churches. First, as the U.S. is in a state of hopelessness, it is a season of opportunity. Pastors should be preaching on the hope in Christ. Christians should be trained to share their hope in Christ. The theme of hope should become a central pillar for outreach. This is the time when Christians should share their hope with those in their social networks as they tell their “God stories.” God stories occur when you share how God has worked in your life.  You clearly witness how God gave you hope: when money was tight, when tragedy struck your family, or when you lost a loved one. You have dozens of these stories. They are living parables that live in your spiritual memory. They are your most effective way to witness.

Wake up—and discern this season of hopelessness, a time of great opportunity. Recognize this reality: When things are at their worst, Christians are at their best. This is a wake-up call for every church. Paul urged the Christians at Rome to “love their neighbors,” as the commandment says. He implied that, as Christians, we don’t separate from the world. We love others as much as we love ourselves. Paul gets firm: “You must do this, because you know that the time has come for you to wake up from your sleep” (Romans13:9-11). This is a second matter of urgency.

This is excerpted from the November/December 2015 Church Doctor Report – Is There a Four-Alarm Fire In Your Church?: Reaching Unchurched People Today.